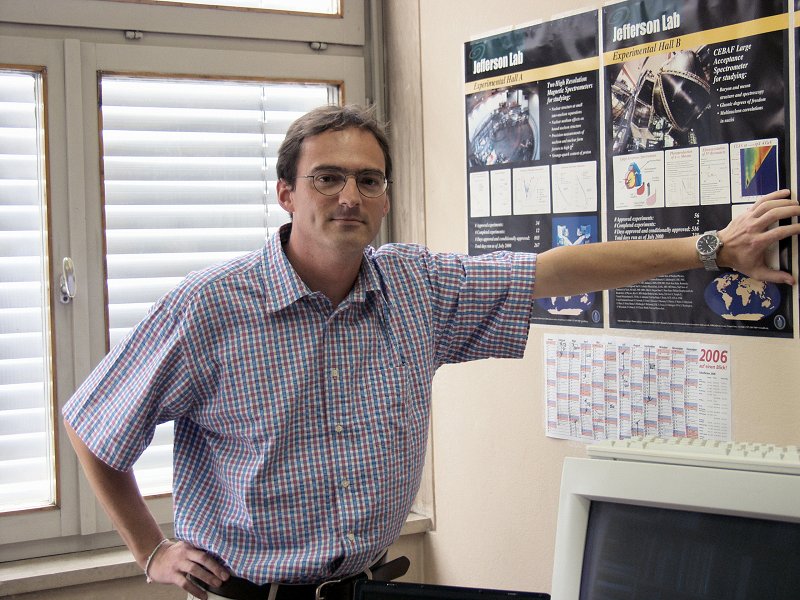 Simon Širca’s scientific work encompasses experimental research of electromagnetic and spin structure of nucleons and light nuclei by using coincidence electron scattering as well as their dynamics, in particular by using polarization observables and spin degrees of freedom.  He is also involved in theoretical analyses of electromagnetic and weak excitations of nucleon resonances.  Since 2004 he is Head of the program group Structure of Hadronic Systems, and collaborates mostly with the Massachusetts Institute of Technology, the Thomas Jefferson National Accelerator Facility, and MAMI (Mainzer Mikrotron). The focus of his pedagogical work are the subjects od modern physics and mathematical physics with emphasis on numerical methods.