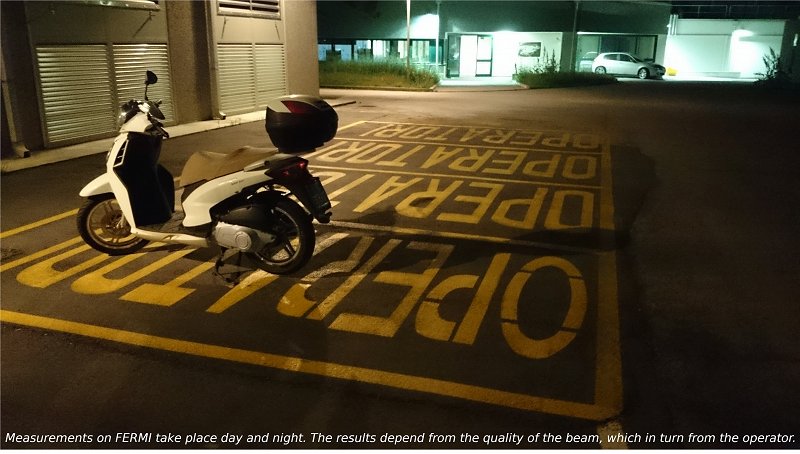 A group of researchers from Slovenia, Italy and Germany, including Andrej Mihelič, Špela Krušič and Matjaž Žitnik from the JSI F2 department, conducted an experiment on FERMI FEL to show that the angular distribution of photoelectrons depends on the Orbital Angular Momentum of light (OAM), which is absorbed by electrons after ejection - a small difference in signal was observed when the topological charge of the beam changed from +1 to -1. The observed dichroism indicates a new type of electron spectroscopy, where in addition to the spin angular momentum of light, the selection rules for absorption are determined by the topological charge of the light beam as well. The transfer of OAM to an ensemble of quantum particles is difficult to observe since it is most effective in the beam axis, where the light intensity is zero. During the experiment, the focused free electron laser beam and a phase mask to generate light beams with OAM 1 were decisive. The results were published in Nature Photonics.

Some impressions of ICNMTA 2020 participants

The ICNMTA 2020 Virtual Conference took place and concluded above all expectations. Despite initial doubts about the effectiveness of virtual implementation, participants from around the world ultimately agreed that the conference was very useful and necessary to keep laboratories around the world informed about the progress in the field. Some statements from the participants were collected.

JSI - Department of low and medium energy physics (F2) is pleased to invite you to the 17th ICNMTA conference on technological developments and possible applications of nuclear microprobe technologies. The lectures and discussions will, due to actual pandemic situation, take place on-line.

This year's Pregl Awards of the Institute of Chemistry were presented in Ljubljana. One of the two most important awards for exceptional scientific achievements in the field of chemistry and related sciences was received by our colleague prof. dr. Iztok Arčon.