A very important activity of the group is education of undergraduate and graduate students. We have continuous lists of open topics for BSc and MSc theses. PhD students are always welcome and we can help in obtaining funding.

Methods used in our research are all types of measurements of ionizing radiation: 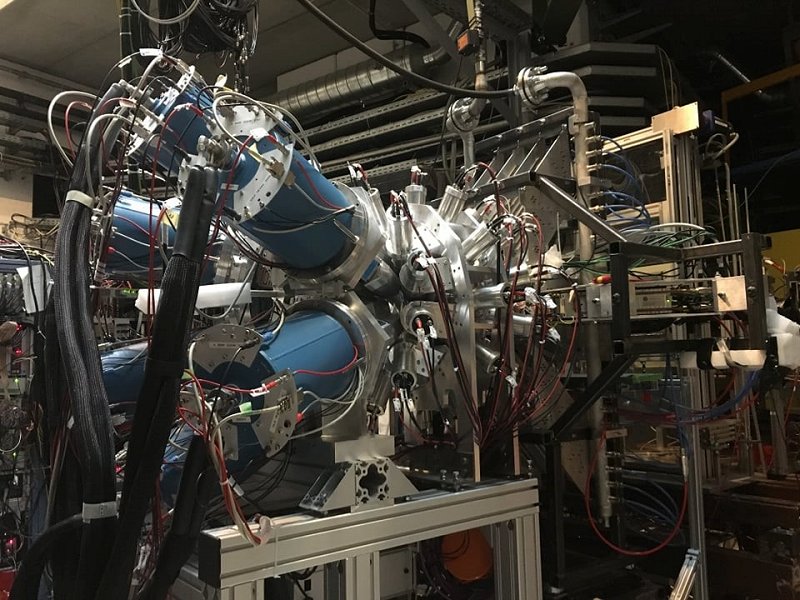 The Nuclear Astrophysics Group studies nuclear reactions at low energies. Such nuclear reactions are important in nucleosynthetic processes in stars and in explosive scenarios, but our main interest lies in reactions between light nuclei, that occurred shortly after the Big Bang. Our group focuses on the electron screening effect. In the presence of atomic electrons, the cross sections for reactions between positively charged nuclei increase compared to reactions without electrons. Unfortunately, the effect is not known well enough to enable us to predict its role in stellar plasma, but we notice that the presence of electrons in solid state may increase reaction rates by several orders of magnitude. Our goal is to better research the electron screening effect to first understand its course in solid state. This will hopefully enable us to predict nuclear reaction rates in stars.

Since Slovenia became a founding member of FAIR GmbH (Facility for Antiproton and Ion Research in Europe), we have been very active in the NUSTAR (NUclear STructure Astrophysics and Reactions) collaboration of FAIR. In this facility we take part in researching nuclear reactions at low energies, at high energies and in atomic mass measurements, that are also important for nuclear astrophysics.