Publication of an Article in Optica Journal 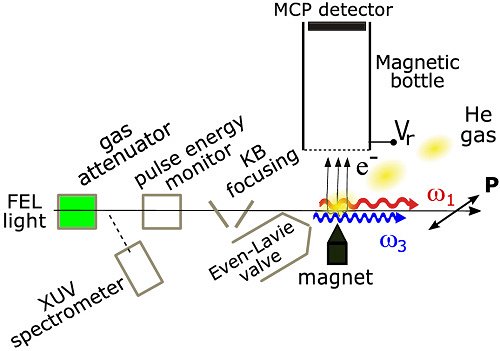 A group of researchers from section F2 consisting of Matjaž Žitnik, Andrej Mihelič, Klemen Bučar and Špela Krušič, together with researchers from Sweden, France and Italy, carried out an experiment in which they controlled the population of the short-lived 2s2 state in helium (5 fs) with the interference of two-photon absorption paths, ω1 + ω1 and ω3 - ω1. The relative strength of the interference element was determined by the phase difference between the fundamental frequency of the laser light ω1 (44 nm) and its third harmonic frequency ω3 = 3ω1 (14 nm). Short two-color pulses of strong light with spatial and temporal coherence were generated by the FERMI free-electron laser. The researchers demonstrated the operation of the atomic interferometer by measuring the small time difference (9 as) that occurs when light of the first and third harmonics travels through a 5 m long attenuator, in which nitrogen is at a pressure of 6.3 x 10-3 mbar. The results of the research have just been published in the journal OPTICA.

link to the article 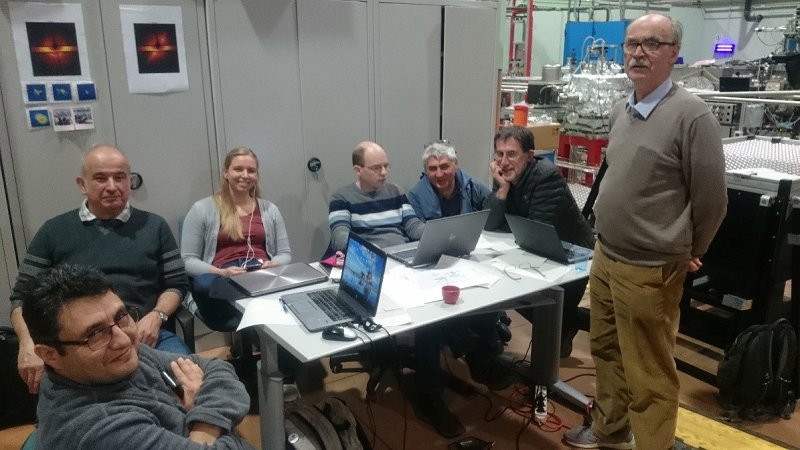 Publication of an Article in Optica Journal

A group of researchers from the F2 department, in collaboration with colleagues from Sweden, France and Italy, investigated the interference of two-photon transitions, induced by extreme ultraviolet light (XUV). The results have just been released.

In the period from June 6th to June 8th, 2022, the ELME team participated in the exercise ROMENEK 1/2022 - maintaining preparedness for emergency monitoring of radioactivity in the Krško NPP area to provide measurements in case of general threat.

The work on the new proton beamline on MIC are nearing the final phase. Nanobeam will enable a significant quality leap.